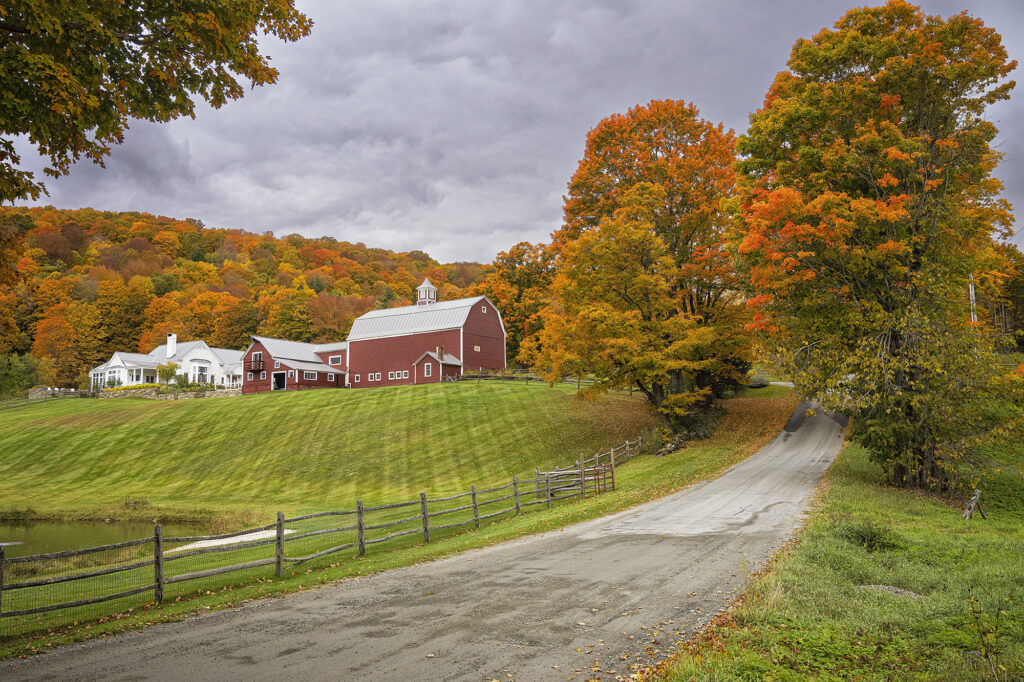 Driving less traveled roads can lead to (1) special places not as often seen and photographed as other well publicized locales, and (2) the ability to pull to the side of the road and not interfere with other cars traveling the road.  We stopped by this farm and shot it from different angles for 15 minutes or more and never saw another car.  In fact, while driving on this and other dirt roads for an hour we saw two other cars in total.  This on the very popular Columbus Day weekend in Vermont, probably the peak weekend of the year in northern New England for leaf peeping.