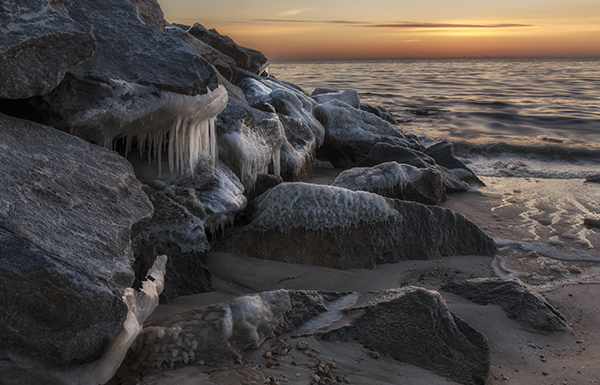 My photograph of sea water icicles with the sun rising behind them (2/21 post) has been well received and I have been asked several times about the scene in which it was taken.  Here is the setting I struck upon that morning at Herring Point in Cape Henlopen State Park.  Low tide had passed and the ocean was rising which allowed small, slushy waves to wash higher and higher on the beach as the minutes ticked by.  I saw the icicles from a distance but wanted to include the beach in the foreground in my initial shots as I worked the scene.  I didn’t want to risk any footprints so I worked from the outside in.  I shot every possibility I saw as I circled in toward my eventual main subject, the icicles.  In this photograph you can see the ice covered rock I eventually laid on that let me get tucked in behind the icicles with my camera hand held rather than on my tripod.  Water was rising at my feet via the channel seen at the lower right.  It was well below freezing so I really didn’t want to get wet boots.  As I had stated in the previous post, my glasses fogged over badly from my breath in the cold air and I could barely see what I was shooting.  The last element was waiting for the sun to tip up out of the horizon which occurred a few minutes after the shot shown here.  All in all it was a lot of fun and I went home with a very unique image thanks to severe cold and getting out there. 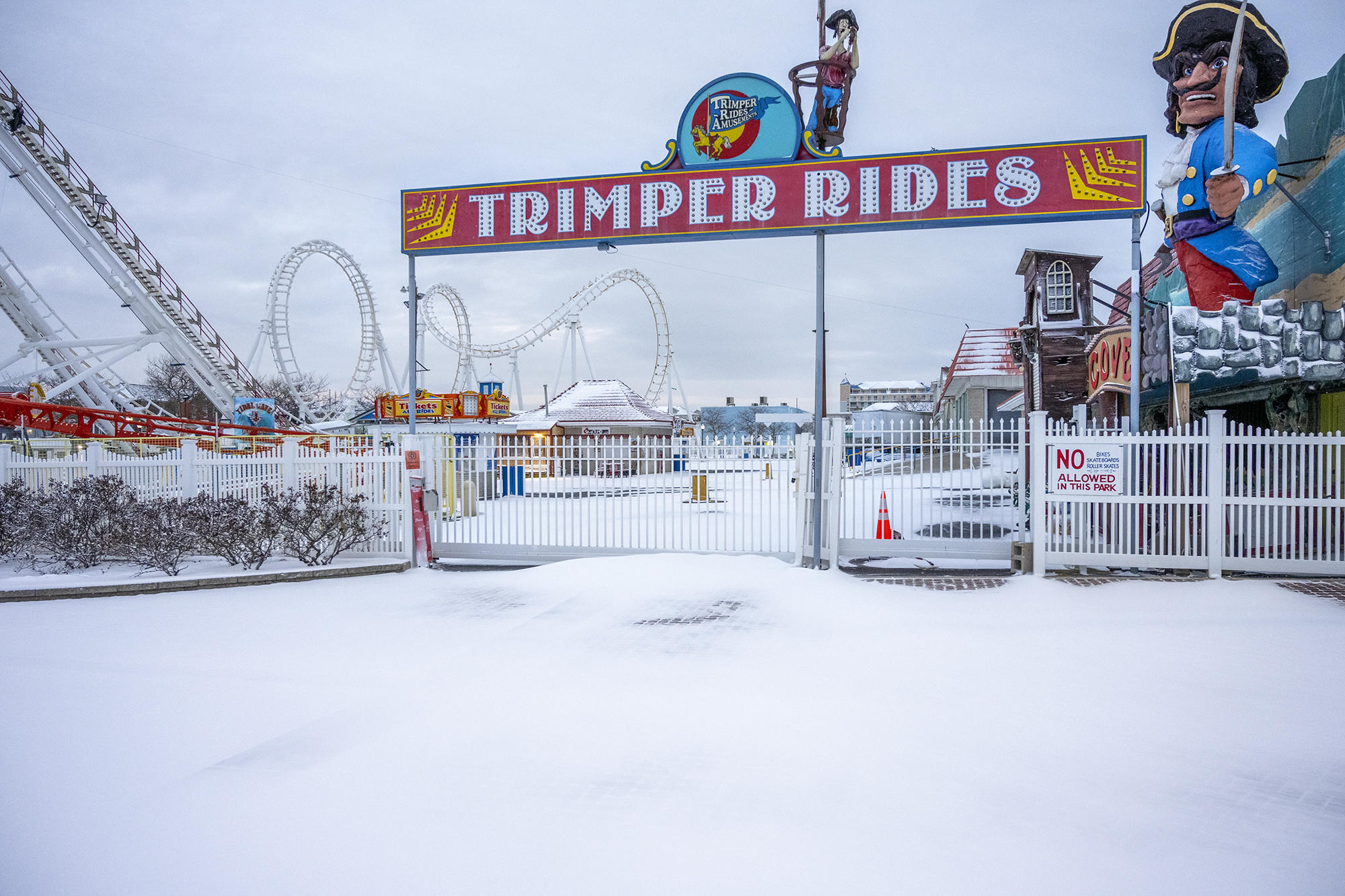 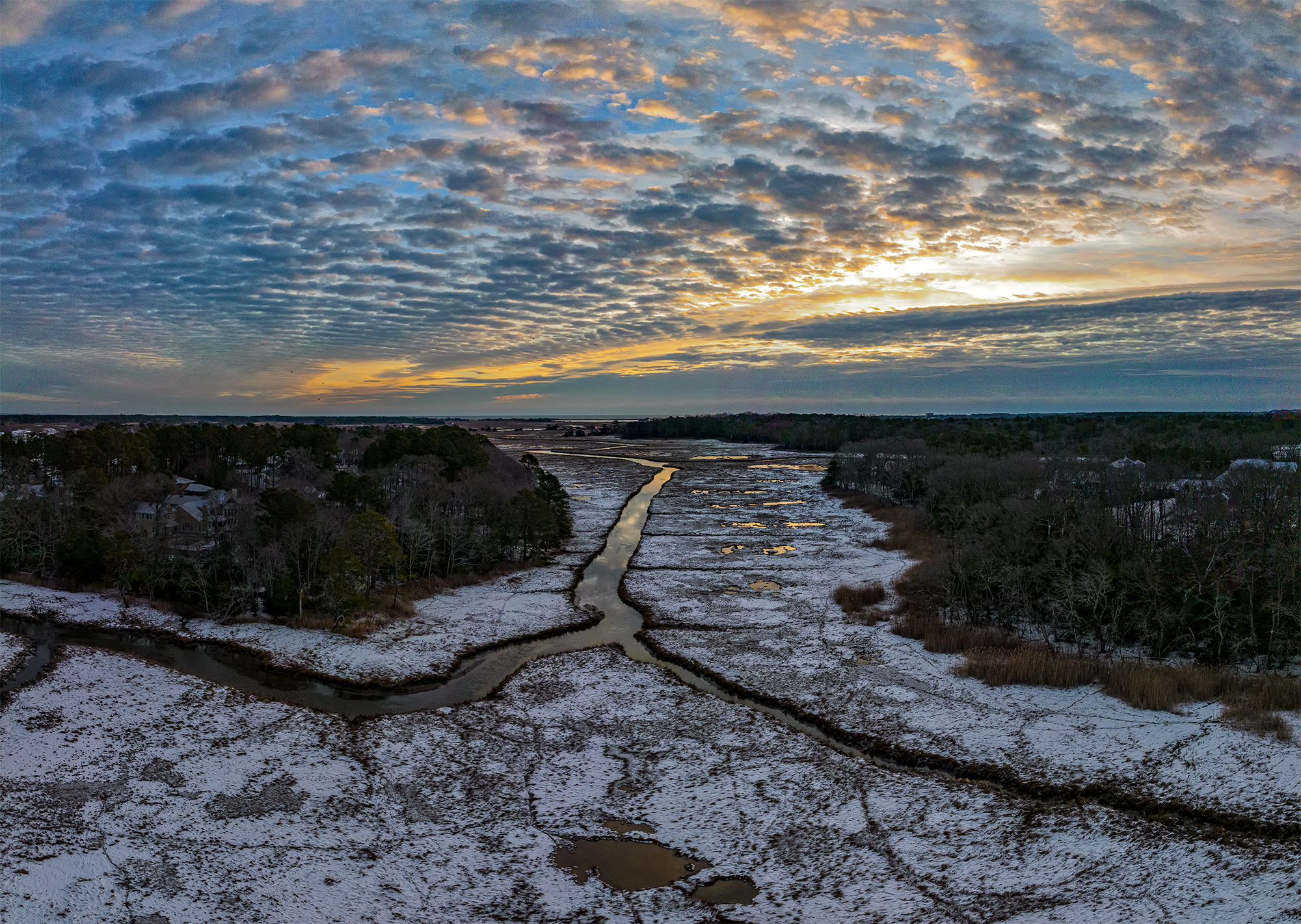 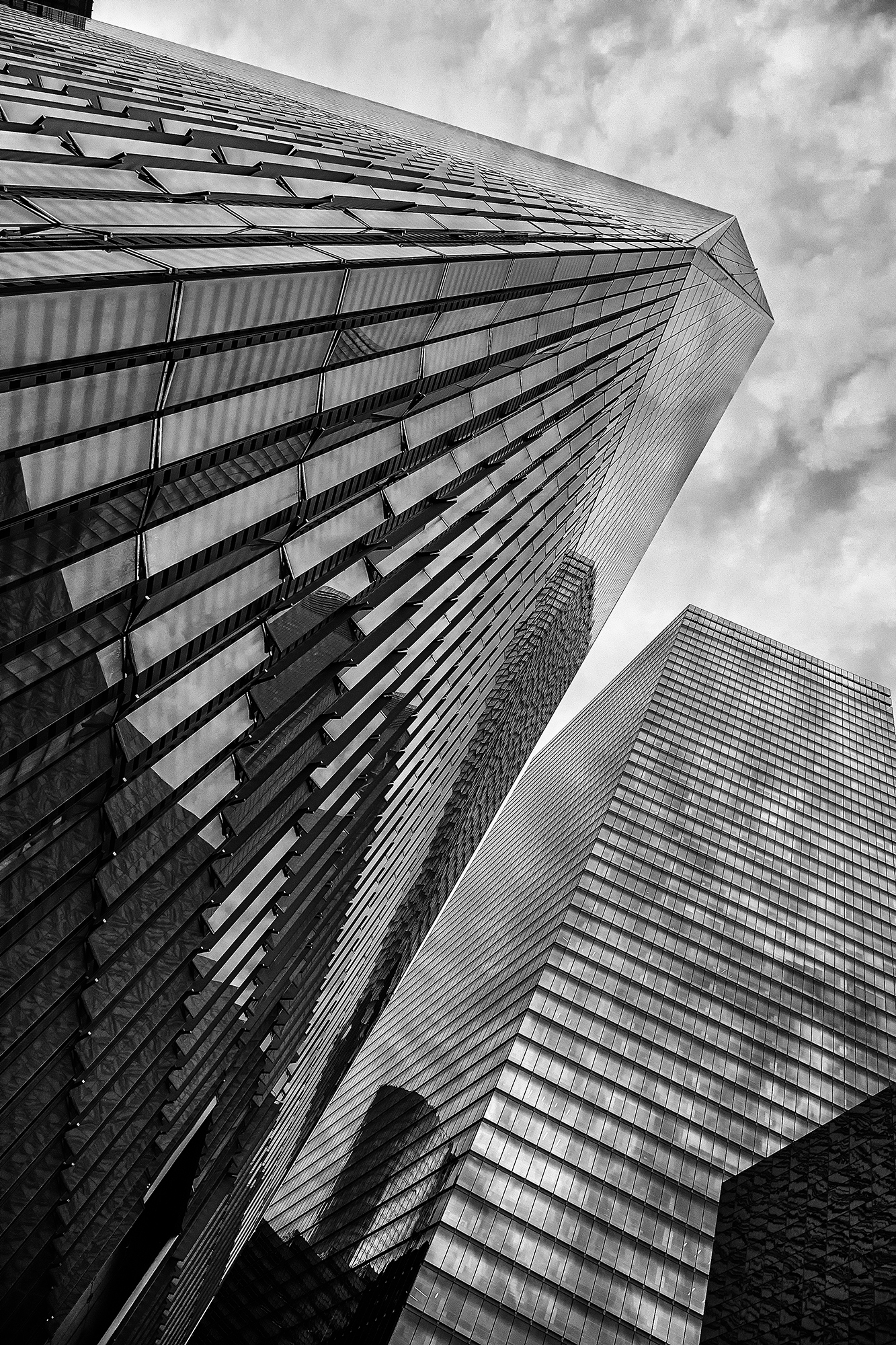