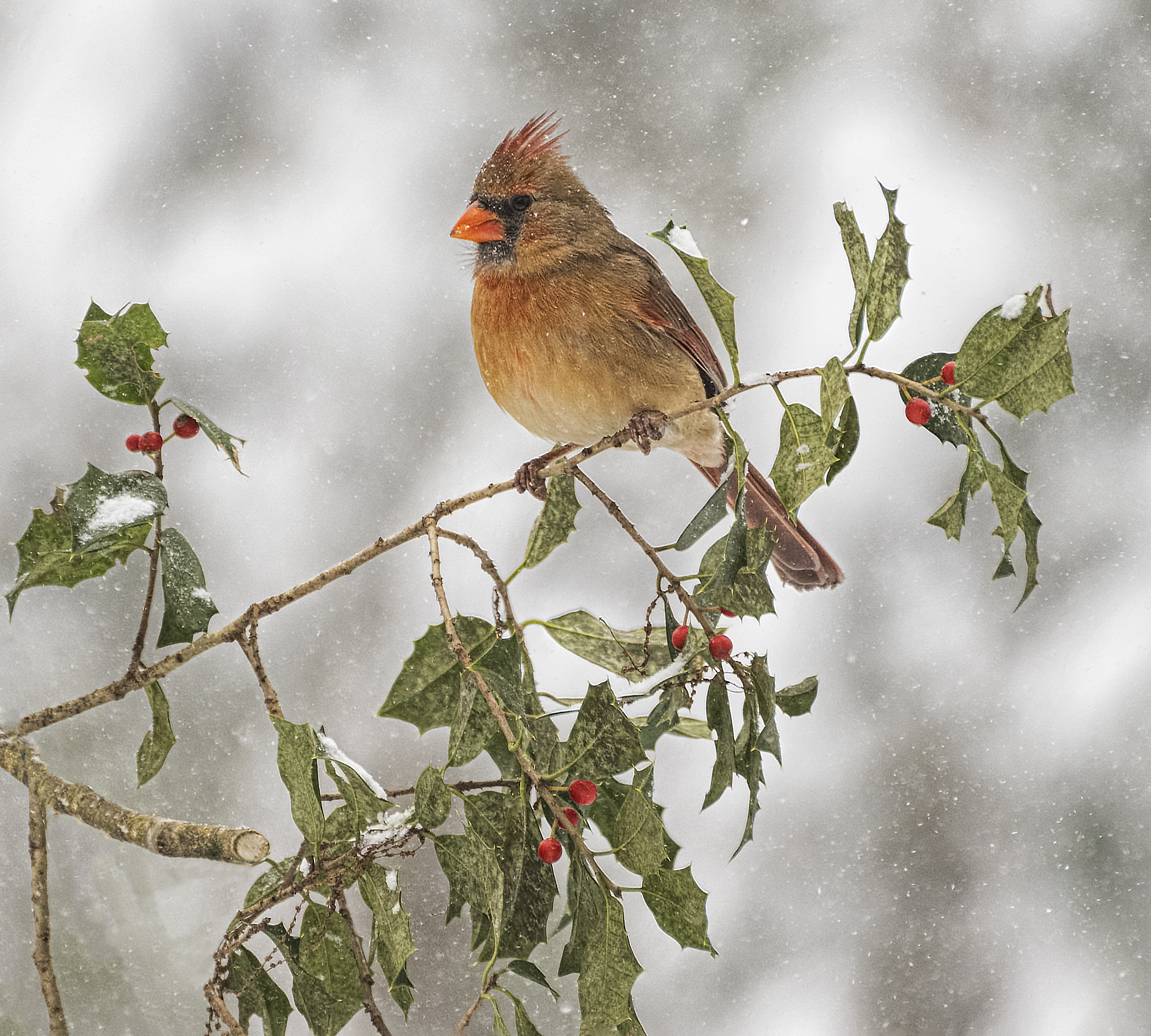 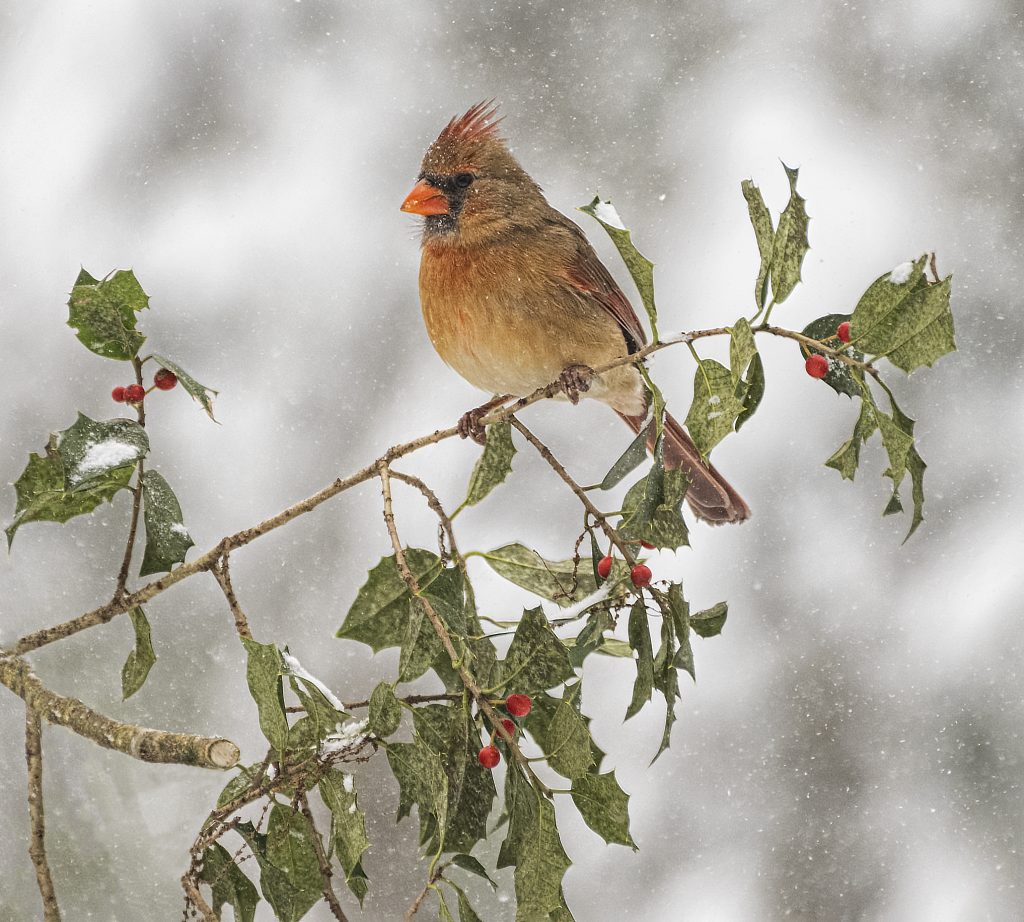 Male cardinals get most of the attention which is really nature’s design.  The scarlet red color of the males are a ‘made ya look’ adaptation that lets mama cardinal fly just a little more under the radar.  As photographic subjects male cardinals are the bomb and I am guilty of taking far more photos of them than of the relatively understated female (aren’t we all?).  That said, this photograph of a lovely female cardinal in a snow storm and on a holly branch really speaks to me. 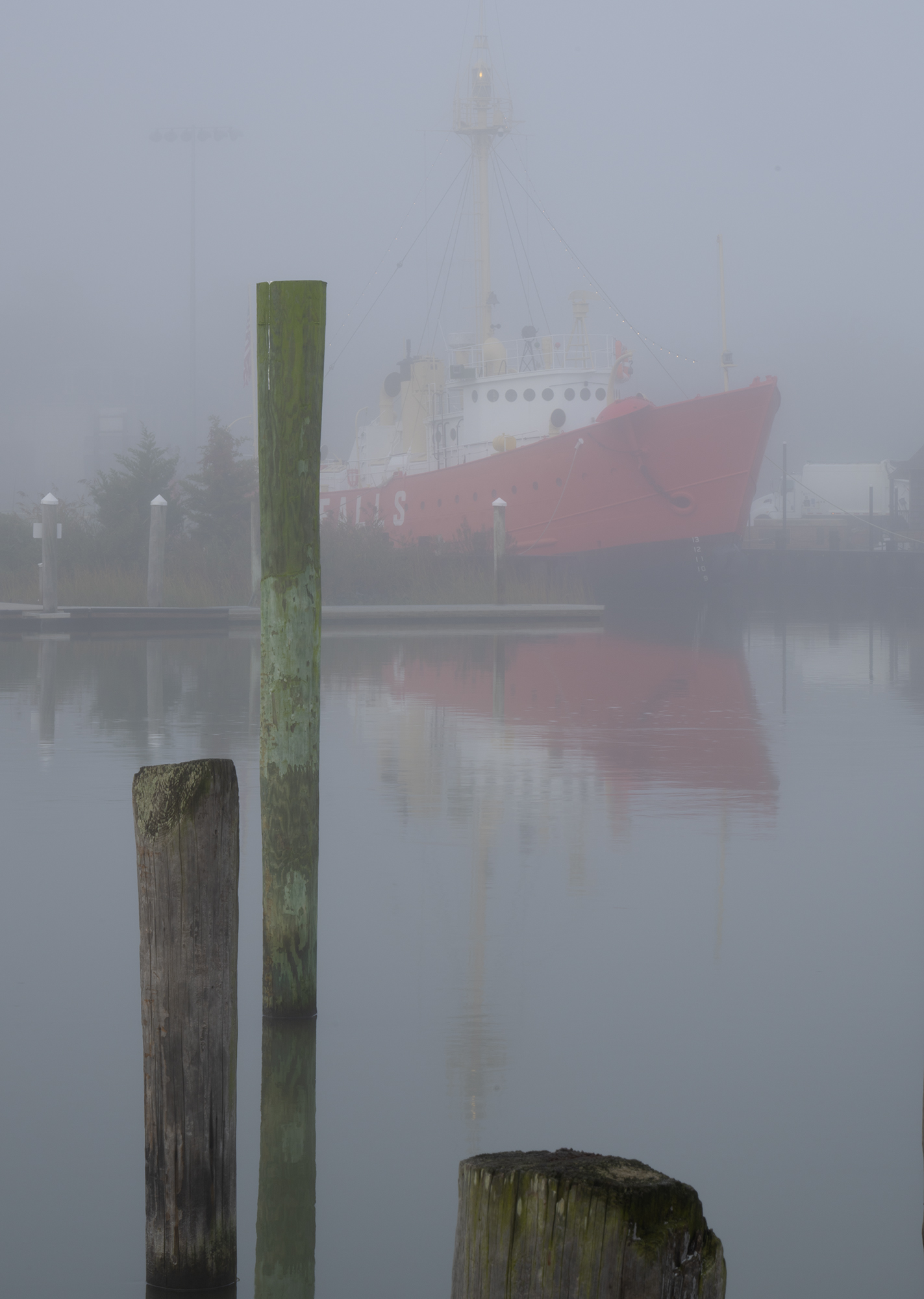 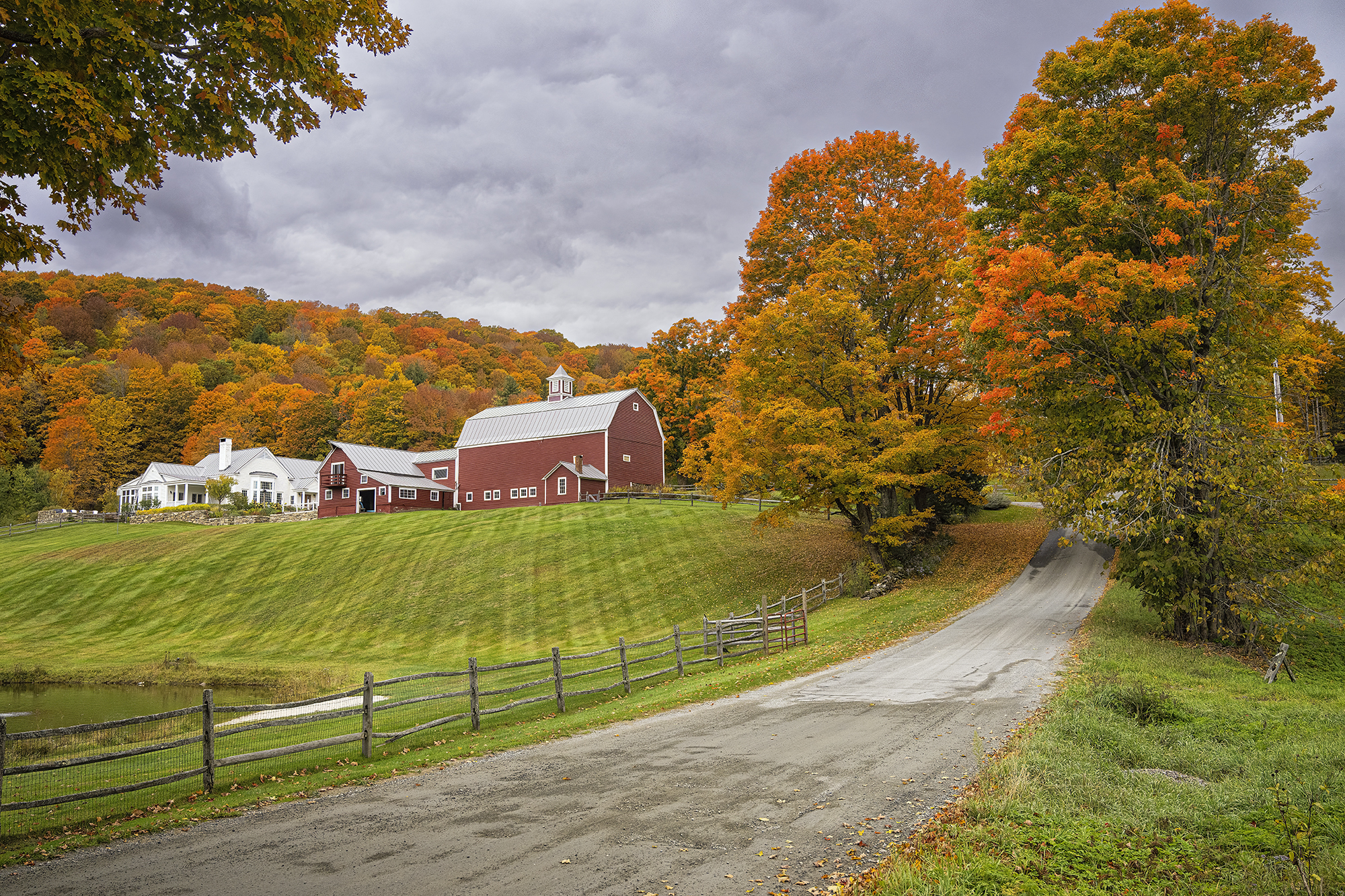